Debate current issues with a panel of distinguished speakers in St Margaret's Church, commonly called "the parish church of the House of Commons" - and a place which has witnessed many important events in the life of this country.

Maximum number of students per school: 15

To register your interest in this event, contact our Learning team: [email protected]. Award-winning journalist and broadcaster Samira Ahmed presents Front Row on Radio 4 and Newswatch on BBC1. She began her career as a BBC graduate news trainee, working as a news correspondent, reporter for BBC News, Newsnight, the Today programme and as a news anchor for World Service TV and Deutsche Welle TV in Berlin. She covered the OJ Simpson civil trial while the BBC's LA Correspondent. Samira won the Stonewall broadcast of the year award during her 11 years at Channel 4 News, for a special report on so-called "corrective" rape in South Africa. Her articles and radio documentaries explore the intersection of culture, politics and social change. They have covered such topics as David Bowie, the wife of Oliver Cromwell, the invention of the atomic bomb and Laura Ingalls Wilder. Samira is a visiting professor of journalism at Kingston University and an honorary fellow of St Edmund Hall, Oxford. 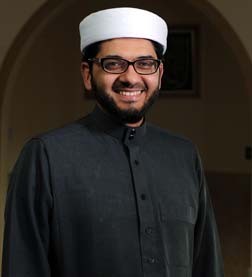 Qari Asim MBE is a senior Imam at Makkah Mosque in Leeds and Legal Director at global law firm, DLA Piper. Qari is passionate about fostering relations between communities and is a trustee of Christian Muslim Forum. He is an executive board member of National Council of Imams & Rabbis, deputy chair of Government’s Anti-Muslim Hatred/ Islamophobia Working Group and a faith advisor to the Near Neighbours programme. He also acts as a consultant to a number of mosques, institutions, public bodies and agencies, including Mosaic, founded by HRH Prince of Wales, to inspire young people to realise their talents and potential. He is interested in issues related to government policy, education, business, leadership, youth empowerment, gender equity, environment and social welfare. He is a blogger and columns or comments from him appear in The Times, The Telegraph, The Independent, The Guardian, Yorkshire Post and Huffington Post. 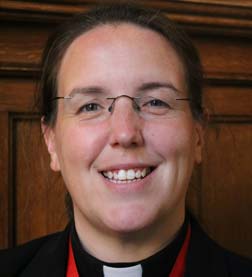 The Reverend Laura Jørgensen is the Rector of St Botolph without Aldgate, a Church of England parish church at the eastern boundary of the City of London, looking west towards the financial heart of the country, and east to Petticoat Lane and Brick Lane markets. In addition to leading the worshipping community there, she is also active in the local resident and business community, and is a trustee of a number of charities, mainly with an educational focus. She is a co-opted member of the City of London Corporation’s Community and Children’s Services Committee. St Botolph’s is an inclusive church, particularly known for its welcome to LGBT people and Laura is passionate in advocating for change in the church on issues relating to sexuality. Prior to her current role, she was a Minor Canon at St Paul’s Cathedral responsible for ensuring the day-to-day services ran smoothly, and for organising larger scale services. Laura has rhyming degrees: Geology, which she read for at Imperial College, and Theology, which she undertook as part of her training for ministry. 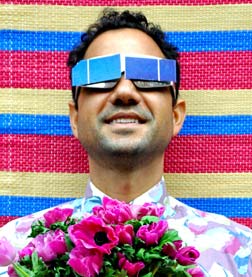 Agamemnon Otero MBE is a co-founding director of Repowering. He is also a director of marine transport infrastructure company Hydra and the Repowering projects Energy Garden and Brixton Energy Solar 1, 2 & 3. He co-founded industry advocacy body Community Energy England and sat on the Business, Energy and Industrial Strategy Office’s Community Energy Contact Group. He has a Master’s degree in Architecture: Advanced Environment and Energy and previously worked as the director for Renewable Energy Project Finance and Social Responsibility at a financial institution. In 2014 was made a London Leader, in 2016 he was awarded an MBE for services to community energy and in 2017 was named one of the 51 Most Impactful Green Leaders globally by CSR Congress. 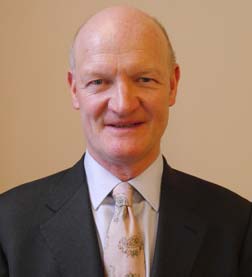 The Rt Hon. Lord Willetts FRS is the Executive Chair of the Resolution Foundation. He served as the Member of Parliament for Havant (1992-2015), as Minister for Universities and Science (2010-2014) and previously worked at HM Treasury and the No. 10 Policy Unit.

Lord Willetts is a visiting Professor at King’s College London, a Board member of UK Research and Innovation (UKRI), a Board member of Surrey Satellites and of the Biotech Growth Trust. He is the Chair of the Sanger Institute and the Chair of Foundation for Science and Technology. He is an Honorary Fellow of Nuffield College, an Honorary Fellow of the Royal Society and the Chancellor of the University of Leicester.

Lord Willetts has written widely on economic and social policy. His book ‘The Pinch’ about fairness between the generations was published in 2010. His latest book “A University Education” is published by Oxford University Press.