The Abbey is no longer open for public worship, general visiting or private prayer. Meanwhile, the community of Abbey clergy are continuing to worship and pray, in-line with government guidance. They also producing a podcast to mark key liturgical events.

The Nave is at the western end of the Abbey and contains the graves and memorials of many famous people.

When Henry III died in 1272 his magnificent new Gothic Abbey was not complete and so it remained attached to the old Norman nave until building work could begin again in 1376. The master mason was Henry Yevele who followed closely the earlier Gothic style of architecture although the decoration was not as lavish as in the eastern part of the church. So the present nave was nearly 150 years in building and was finally completed in 1517. Flying buttresses on the exterior take the thrust of the walls and this enabled the roof to be raised to a height of 101 feet (31 metres).

The decorated screen leading into the Quire includes a monument to Sir Isaac Newton, who is buried just in front of it. The organ is placed on top of the screen, with cases designed by J.L. Pearson. Among the famous people buried in the nave are Charles Darwin, David Livingstone, Field Marshal Wade, Major Andre, Thomas Telford, Sir Charles Barry, Clement Attlee and Professor Stephen Hawking. At the west end is the grave of the Unknown Warrior, surrounded by red poppies. This commemorates the many thousands killed in the 1914-1918 war who have no known grave. Memorials to Sir Winston Churchill and F.D. Roosevelt are nearby. The rolls of honour for the Civilian War Dead 1939-1945 are displayed in a case near St George's chapel. Against a pillar is a large contemporary portrait of Richard II, who gave money to complete the building of the nave. 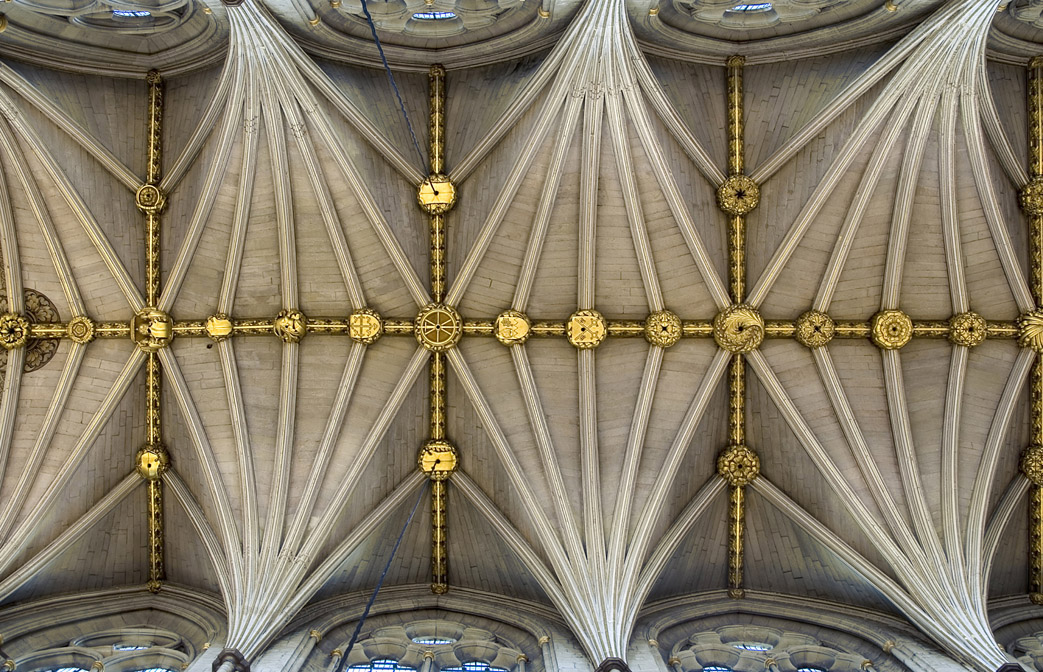 The stained glass in the west window dates from 1735 and the design shows Abraham, Isaac and Jacob and fourteen prophets. Most of the windows on the north side were designed by Sir J. Ninian Comper and many form memorials to engineers such as Lord Kelvin. The early 16th century linenfold pulpit is traditionally said to the one from which Archbishop Cranmer preached a coronation sermon. The Waterford crystal chandeliers were the gift of the Guinness family in 1965. Two icons, before which votive candles may be lit, were installed in 1994. The glass doors, with various inscriptions and shields, were designed by David Peace and dedicated in 1990. 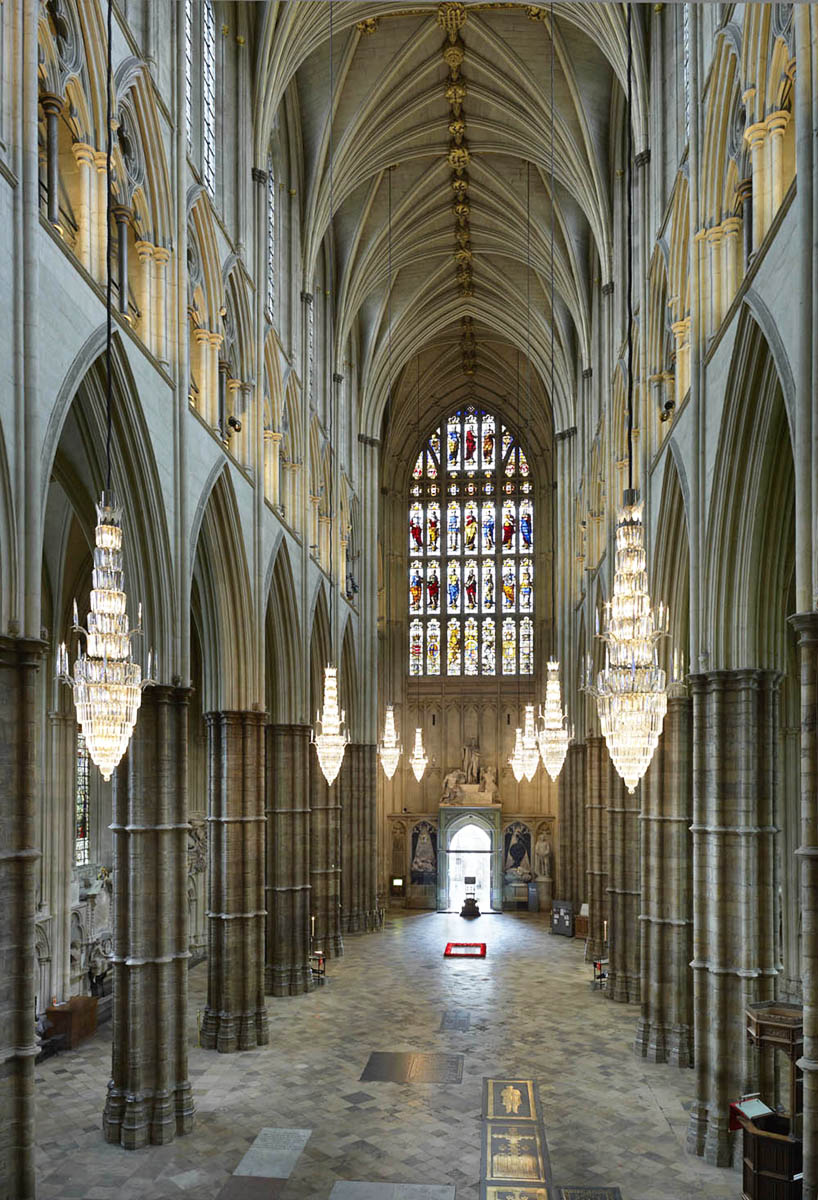 Architecture
Back to top