Find out more about the various gardens and green spaces at Westminster Abbey.

In monastic times, it was used to grow food and medicinal herbs for the occupants of the Abbey. There was an orchard, as well as fishponds, beehives, and a separate plot for growing vegetables. A herbarium was first set up in 1306.

But the garden wasn't simply somewhere to grow food. It was also a place of beauty, neatly laid out and planted with roses and lilies. The garden was under the supervision of the Abbey's Infirmarer and tended by a Head Gardener and two under-gardeners. They were monks and were expected to attend daily services – although they were asked to leave their muddy boots and capes outside.

Today, the garden is a peaceful place to relax during your visit to the Abbey and it can also be booked for events and garden parties in the summer months.

The oldest surviving feature is the high stone wall built in 1376. The 18th century dormitory for Westminster School, completed by the Earl of Burlington, is on the west side. The London plane trees were planted in the 1850s. Two late Victorian houses were built at the far end of the garden, originally as residences for the Abbey clergy. In 1993 a bronze sculpture of the Crucifixion by Enzo Plazzotta was presented and is at the south end of the garden.  A single jet water fountain was added in 2002 and there is a small rose garden.

Little Cloister Garden and the Garth

You can also enjoy our two smaller gardens. The 18th century Little Cloister Garden, with its Victorian fountain and borders of scented plants, was originally an area, near the monastic Infirmary and chapel,  set aside for recuperation after illness. The Garth, a lawn bordered by the cloisters, was used by the monks for quiet reflection. From the Little Cloister the small private garden within the ruins of the 12th century St Catherine's chapel can be viewed. 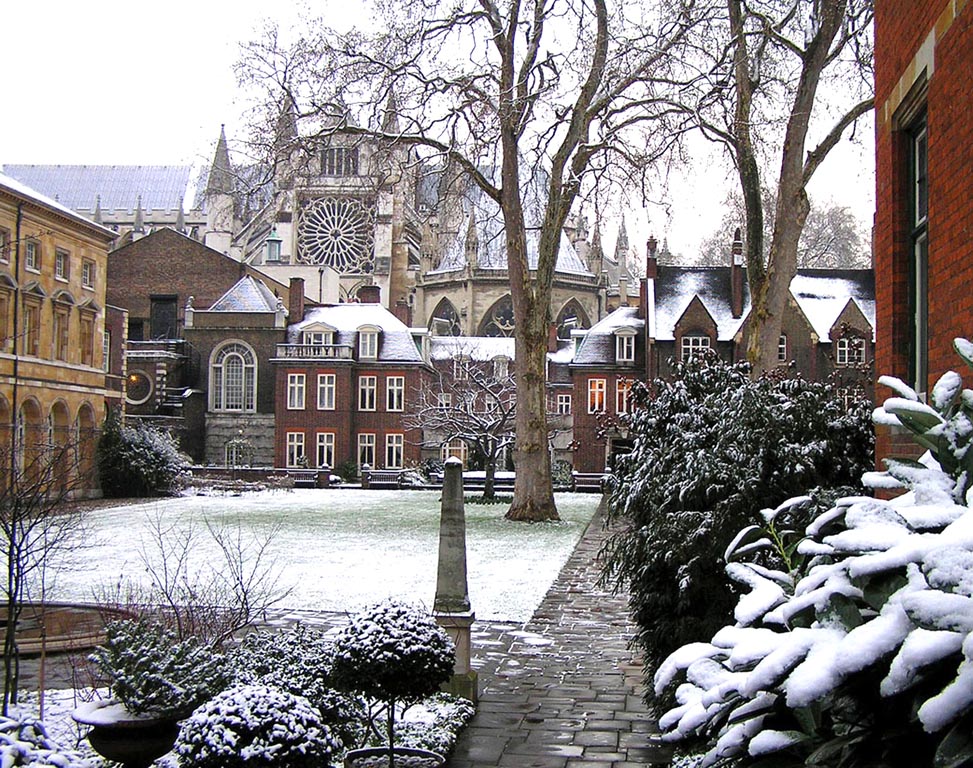 It’s a privilege to live and work here – the Abbey really is the heart of the country and its history.